Joytown was established in 1962 in Thika, Kenya as a rehabilitation centre for children with physical disabilities by the Salvation Army Church led by Brigadier Woods.  The children were enrolled from all over Kenya.   The founders envisaged a place where the children would stay, nourished with the word of God and entertained by the church and visitors thereby making them feel happy and less disadvantaged away from their homes, hence the name, Joy town Mji wa furaha.

After the success of the rehabilitation programme, it was felt there was need to have a school for these children as a way of guaranteeing their future independence. Resulting from the felt need, in January 1963, Mr. Peter Myatu was employed and tasked with the responsibility of starting the school. His first task was to assess the enrolled children after which he came up with three classes, fundraised for the construction of dormitories, and oversaw the staffing of the school.  Among the first teachers was Mrs. Margaret Kangethe. 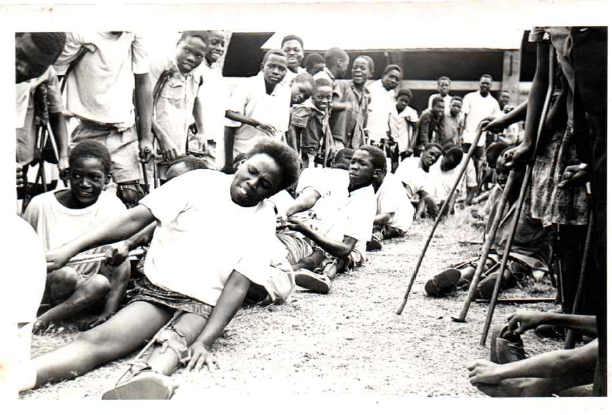 Pupils during sports day. they are playing the tag of war which was often won by the Kiprugut house.

When the need for physiotherapy service grew, the Red Cross was approached and agreed to step in and provide the service.  To effectively provide this important service, a qualified physiotherapist Mrs. Cecilia Myatu was employed. She used to team up with Mrs. Clay from the Red Cross and some mothers from the colonial villages to provide the weekly physiotherapy services to the children. Later, Mr. Mwangi and Mr. Mbugua were deployed from Thika District Hospital to the school to provide additional physiotherapists.  As the population of the students increased, additional buildings were constructed, including a hall, health centre and a workshop. Strong  linkages were established with the Kabete Orthopaedic Clinic which saw many club-footed children operated at the clinic.

When the Red Cross terminated its services, a number of local and international sponsors stepped in to fill the gap.  In 1975, the Principal Mr. Myatu got a scholarship through the World Council of Churches to study a Diploma in disability in the United Kingdom at the University of Newcastle, upon Tyne. When he returned to Kenya and with funding from the Dutch Government, he incorporated the multi-handicapped children in the schooling system. Later, Ms. Patterson from Britain took over as the manager of the multi-handicapped section.

The students performed well in education and extra-curricular activities such as in music where the school became a household name in the yearly National Music Festivals. In time, the school was recognized by the Government and was staffed with trained teachers. In national examinations, the students performed well and were admitted to good national, provincial and districts schools and, despite the physical challenges they found in these schools, they continued to do well with a good number making it to institutions of higher learning.

However, despite their good academic performance, not all students were lucky. A good number could not adjust to the physical environment they found in high schools and had to drop out.  Some schools even declined to admit these students.  The challenges highlighted and the push by the parents with children with disabilities motivated the management to start a secondary school whose first admission was in 1980.  The secondary school was initially started as a private school and housed in the primary school block. It admitted students with physical disability and those without. 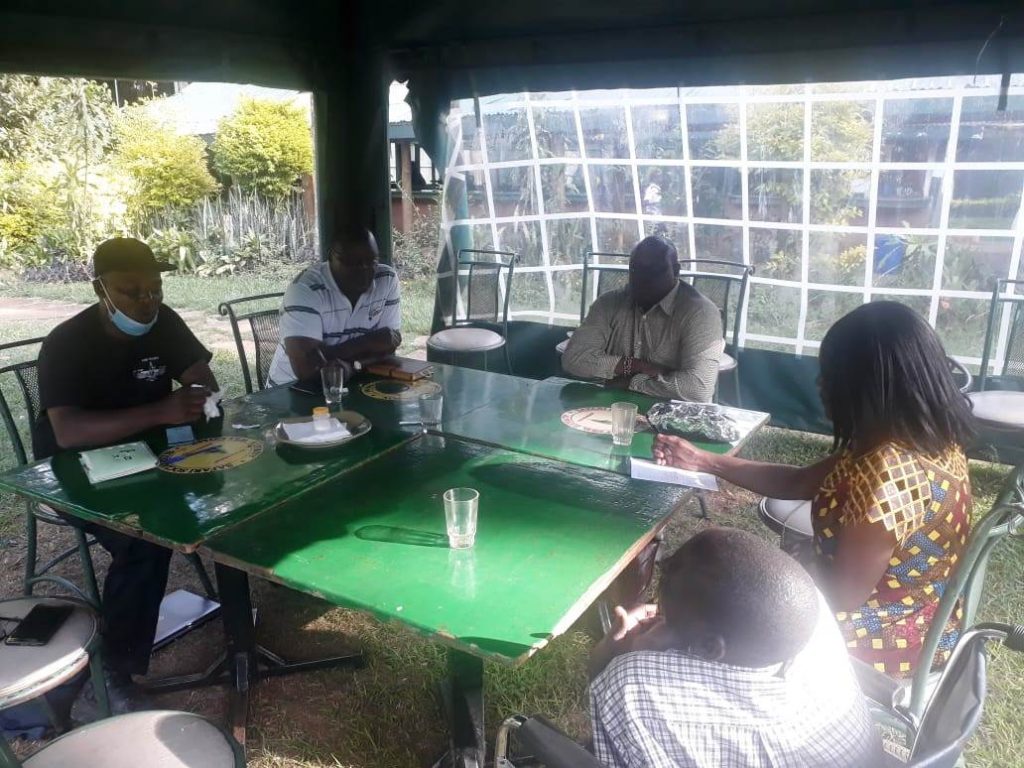 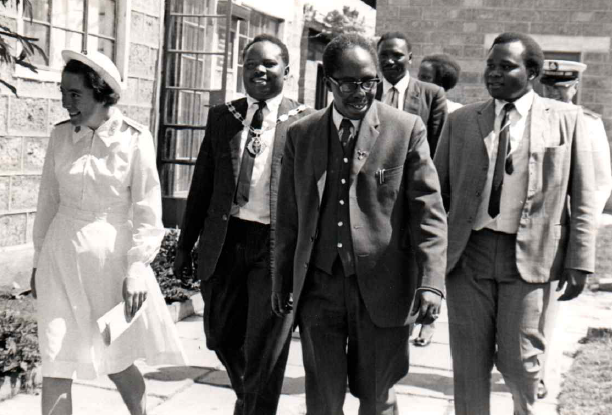 The late Dr. Gikonyo Kiano then minister for education touring joytown primary school during a prize giving day in 1969

Mr. Myatu became the Principal of  the two schools and due to shortage of teachers,  some primary school teachers used to teach in the secondary school section.  Due to the workload and the need for a Headmaster, Mr. William Nkurumei was employed and saw it transiting from a private to a public school.   Mr. Nkurumei was later promoted to District Officer (DO) and Mrs. Kibisu took over.  Through her prudent management skills, the secondary school performed well and a number of students made it to colleges and universities.

In 1987, Mr Myatu was transferred to Salvation Army Kanzalu Salvation Army Primary School,  Kangudo as the Principal and Mr. Ogutu took over the Primary section. Since then, both the primary and secondary school have had a number of Headmasters and has produced the largest number of students with disabilities in Kenya.

The two schools have been supported by a number of well-wishers among them the Kenya Red Cross, the British Government, the Dutch Government, and the Asian Community. With the support of sponsors, conducive physical infrastructure for persons with physical disabilities has been developed.  Through such sponsorship, a number of students visited Britain (1982 and 1984) and United States of America,  Washington D.C. (1986) 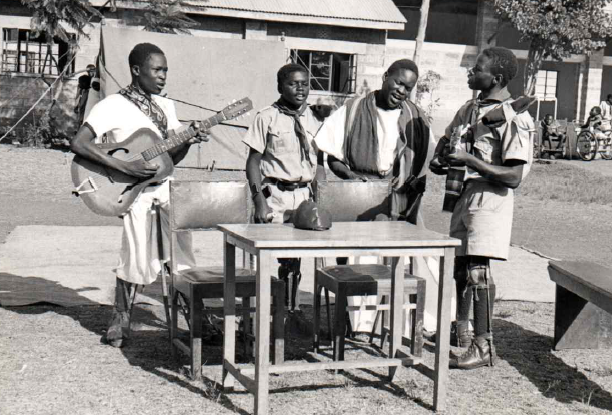 The school band at practice